Award winning vocalist and lyricist, CYNTHIA LUCAS got her start singing and playing in local variety bands in the Tampa Bay area and after meeting (and marrying) multi-instrumentalist/vocalist and recording engineer FRANK J. LAROSA, who’d worked in some of the best studios in Los Angeles, they decided to pool their collective talents as a songwriting team and founded NORTH 2 SOUTH.

Their music spans a broad scale in styles via collections of songs that are geared toward their own artist CD’s, as well as songs written with commercial, television and movie soundtracks in mind. NORTH 2 SOUTH’s song MOVING ON recently reached #1 on MusicTampaBay radio. They, along with their long-time drummer, ADAM PACE, who has previously worked with local acts Sequel and Jeremy Thomas Band, play regularly on large and small venue stages in and around Tampa Bay showcasing a variety of music, both cover and original. 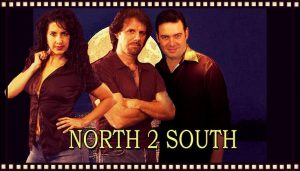